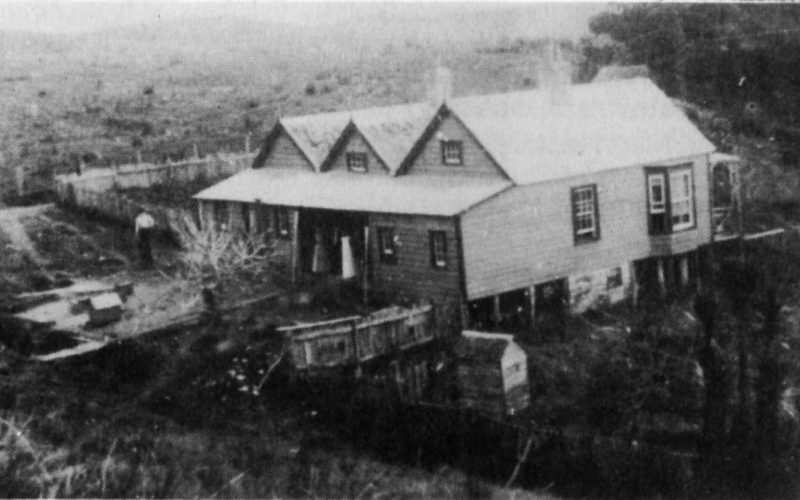 In 1866 Clarke purchased an 80 acre farm on the south side of the harbour with a small house and cow shed. In 1868 he purchased a further 120 acres adjoining this property and proceeded to have a “good sized” three-gabled house built by George Handby, a settler at Pakiri. The timber for the house was pit sawn on the property and it had a double brick chimney. In 1869, before the house was finished, the first Omaha horticultural show was held in one of the bedrooms. The house was completed sometime during 1869 and in December of that year he married Mary Ann Wyatt.

This house was a hub of community life and clearly one of the finest in the area – in 1876 it was remarked upon in the New Zealand Herald as only one of two in the district “noted alike for hospitality as for their prominence and architecture”. Before the area had a school or hall, the house was used as a venue for the agricultural show, numerous committee meetings, and until 1880 it housed the district library.

Clarke and his wife Mary Ann raised their young family of five children in the house up until 1881 when they moved to Auckland. After Mary Ann’s death in August 1883 the family moved back to the three gabled house in Leigh. Clarke lived there until July 1920 when he sold the property and house to Eddie and Ivy Wyatt. The house was sledded down from its hill position in 1924 and pulled down to be rebuilt into a new house for Eddie and Ivy Wyatt.