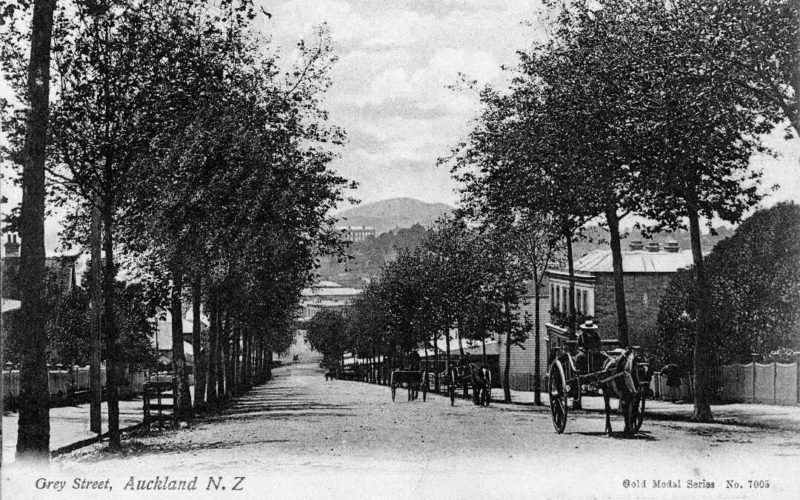 In 1881 CS Clarke bought Section 28, Lot 60 at 83 Grey Street in Auckland City and he and his wife Mary Ann and his five children removed from their Little Omaha residence to their new city dwelling. These years are part of the “missing” diaries, so the reason for this upheaval to their lives can only be speculated.

Mary Ann took out several advertisements in the Auckland Star looking for servants and borders. A new baby, Thomas was born in September 1881, then died in April of the following year. Duncan Matheson (also an Omaha settler) boarded with them for a time, but died in a boat-building accident in March 1882. Another baby, William was born in April the following year. Then in August of that year Mary Ann died “of asthma and pneumonia of 2 months duration”.

A month later Clarke sold his furniture, effects and house and the family moved back to their Omaha property where they remained. His time in Auckland must have been filled with painful memories and in fact he barely references it (or mentions his wife) in the rest of the existing diaries (which begin again in 1888).