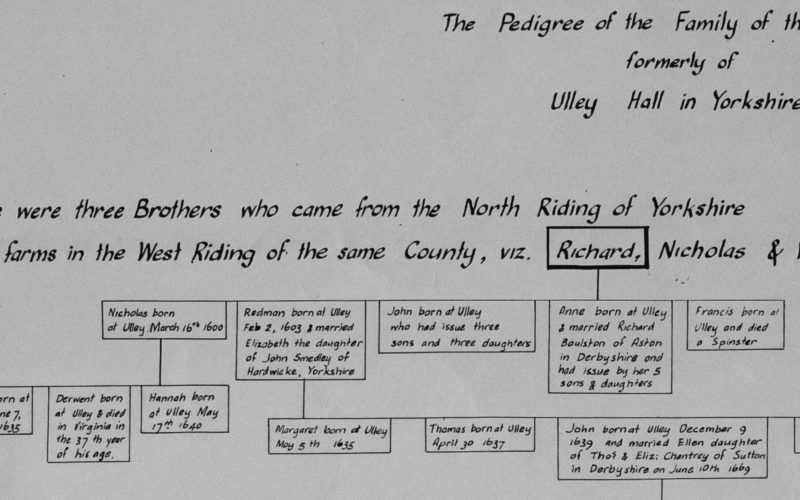 “There were three Brothers who came from the North Riding of Yorkshire and took large farms in the West Riding of the same County, viz Richard, Nicholas & William.”

So heads a document entitled The Pedigree of the Family of the Clarkes formerly of Ulley Hall in Yorkshire. This descendancy chart starts from Richard Clarke, one of the aforementioned brothers, whose eldest child was born in 1600. The pedigree is traced down through the generations (with some descendants of side branches also included) ending with a row of Charles Septimus Clarke and his siblings.

This chart was included in a family bible that was handed down to Minne Clarke, daughter of Charles Septimus Clarke. Her grandson Alvin copied it onto a large format in 1951. Recently another copy of the chart has been discovered, held by a descendent of John Sanders Clarke (CS Clarke’s brother). The contents are similar, but not identical, implying that both charts originated from the same source but neither was a direct copy from the other.

The ability to trace your family pedigree, and the importance of those who you are “connected” with was considered very important to the landed British classes, hence the pedigree often emphasises the importance, or wealth of certain entries on the chart by highlighting their connection to wealthy families or large estates. The stories of some of the interesting estates or connections are given on this site.