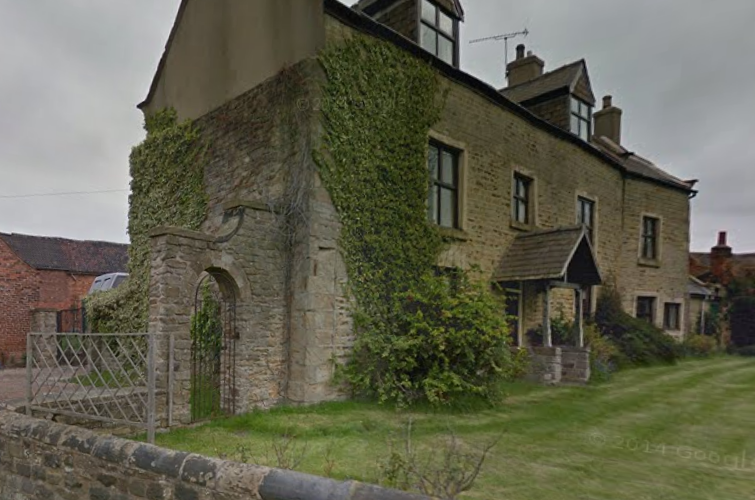 The pedigree chart gives the information that Robert Clarke (born 1677 at Normanton) married Elizabeth Newbould “of the Hague Hall in the parish of Havely near Chesterfield Derbyshire” (note that Havely should actually be Staveley). The property later came into the hands of the Clarke family – perhaps the Newbould family had no direct heirs. Ann Brelsford (nee Newbold) left the property to “Robert Clarke the elder of Leicester”, who was probably Robert and Elizabeth Clarke’s son. His four children were all born at “The Hague”, and then his son Robert’s eight children were also born there, followed by his son John Duckle Clarke’s two children. One of those children (Cooper Clarke) died at only 10 weeks old, while the other, Mary Elizabeth Clarke, married her cousin John Sanders Clarke (Charles Septimus Clarke’s eldest brother). Their eldest child, Mary Wainwright Clarke was also born at The Hauge, but the following children were all born at their new residence, Peatling Hall. They may have sold The Hague to purchase the larger estate at Peatling Parva.

The England Census shows that the property was located on Hague Lane in Staveley. There are no modern references to “The Hague” property, however some maps of Renishaw give The Hague as a place name on Hague Lane, just south of Renishaw. Google Streetview shows an old house at this position (above), which may possibly be “The Hague” house. It is unknown whether this is the original home or if a different house was originally standing on the site.