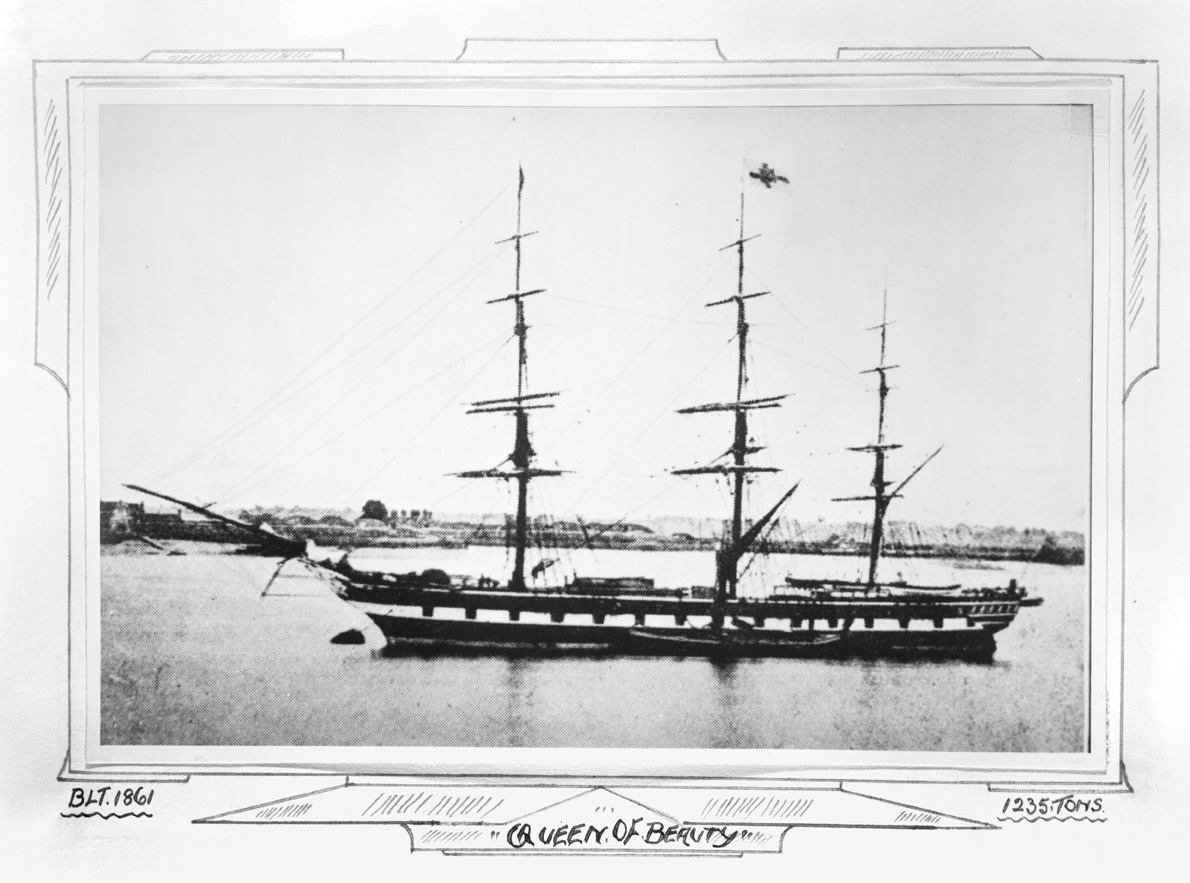 In 1865, aged only 19, CS Clarke immigrated to New Zealand on the ship “Queen of Beauty”. As was befitting of his “gentleman” status in his native country, he paid a higher fare to travel as a cabin class passenger and hence would have enjoyed more space and privacy, better food and may have often been invited to dine with the captain. There was limited cabin accommodation on immigrant ships – in fact there were only eight cabin class passengers on this ship. During the journey he befriended the Wyatt family – a respectable working class family travelling in steerage.

In his notes about the History of Leigh CS Clarke writes about an exciting incident that happened on the voyage:

“This was during the time of the American Civil War. One afternoon we sighted a vessel on the horizon on our port bow. After tea in the saloon we were playing cards, we heard three shots fired across our bow, so the captain gave the order to heave to, so we ran on deck and saw a boat approaching us, so the sailors let down a ladder and an officer climbed on board, he was the Second Lieutenant of the Notorious Confederate cruiser “Alabama” lying wait to sink Federal Merchant Vessels. The officer asked to see our ship’s papers. So he was asked down in the saloon, and he satisfied himself that we were a British ship. The Captain ordered the Steward to put grog on the table, so we sat round the table chatting. The Officer told us they had not been in any port for several months, so could we give him any newspapers, so we went to our cabins and gave him what we had. After shaking hands with all of us he went back to his ship. Note The “Alabama” was sunk by the Federal vessel “Merrimack” after a desperate fight in harbour. The “Queen of Beauty” arrived in Auckland harbour on Sunday August 15th.”

More about this enounter can be read at: http://nzetc.victoria.ac.nz/tm/scholarly/tei-Bre01Whit-t1-body-d133.html